Did you know you get free shipping on your order over $500?

Heuer manufactured LeJour chronographs under a private-label arrangement in the 1980's. Under the terms of the arrangement, Heuer manufactured an array of watches which LeJour then distributed; some, like the Heuer Pasadena and LeJour model 7750, used the exact same cases. Another instantly recognizable example of this early PVD day-date chronograph can be seen on the wrist of LT Pete "Maverick" Mitchell played by Tom Cruise in the hit movie "Top Gun" who is wearing an example made by Orfina and branded under Porsche design 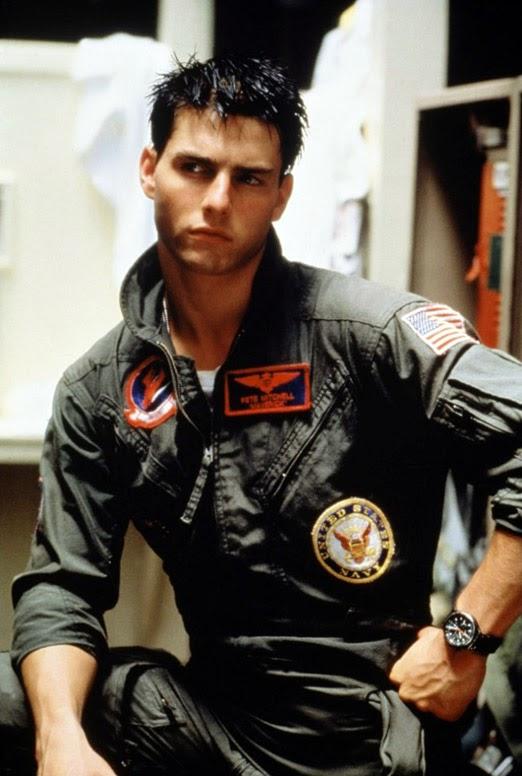 Both the Heuer and the other references like the LeJour 7750 used the Day-Date Chronograph Valjoux 7750 and as you can tell this is how the LeJour got its reference name. Orifina produced some of these references in stainless steel but most of the sub branded manufacturers chose to stick with the early black PVD steel case. The case size is 40mm in diameter, screw back, mineral crystal Internal, tachymeter bezel, black dial with tritium luminous indexes, day and date at 3 o’clock position of the dial. There are some subtle changes and dial variants between the Heuer Pasedena, Orfina, Porsche Design, And other variants but they are instantly recognizable when seen on the wrist. Most commonly the PVD finishes on these cases has worn off due to the fact that the PVD process in the late 1970's and early 1980's was new and not fully refined and the PVD can actually be somewhat fragile leaving the cases with a worn in gray like patina. It is rare to find an example such as the one we are featuring here at Craft & Tailored with the bracelet and the case PVD coatings fully intact.