Few races stir the soul or spark the imagination of motorcyclists in the way the Isle of Man Tourist Trophy does. Established over a century ago, the infamous road race course that cuts a seductively sinewy path through small Manx towns and picturesque mountain landscapes is fraught with technical challenges and physical dangers. To call it a demanding test of man and machine would be a gross understatement, which is why the TT is hallowed ground for some of the most courageous and skilled racers in the world.

For the first three decades of its running, victory in the highly coveted and competitive Senior TT class was an honour that was exclusively held by British racers. In 1939, Georg “Cast Iron” Meier took the starting line on a 500 cc BMW Kompressor, and decided it was time to change the status quo.

Meier attacked the notoriously difficult course as if he was racing within a dream, and treated the local Manx spectators to a flawless performance to win the 264 mile race. The unforgettable feat secured Meier a permanent place in the history of motorsports.

As a tribute to an exceptional racer, his impressive performance, and the outstanding dependability of his machine, LACO is proud to present its latest novelty, the Mission Manx Limited Edition Chronograph.

Notable for its classic functionality, high standard of reliability, refined workmanship, and inspired design, the Mission Manx Limited Edition Chronograph is a very exclusive offering. To commemorate Meier’s race number in the 1939 Senior TT, only 49 examples of this spectacular timepiece will be made available for purchase.

The creation of this exciting homage was the result of a collaborative effort between LACO and five motorcycle enthusiasts who will test the new watch during their upcoming journey on vintage BMW machines from Berlin to the inaugural Isle of Man Classic TT races.

It was the collective motorcycle experience of rushing wind, a roaring engine, and miles of asphalt that helped breathe the spirit of Meier’s legendary TT into the very material of LACO’s latest creation: The Mission Manx Limited Edition Chronograph brings history to life on the wrist of its wearer. 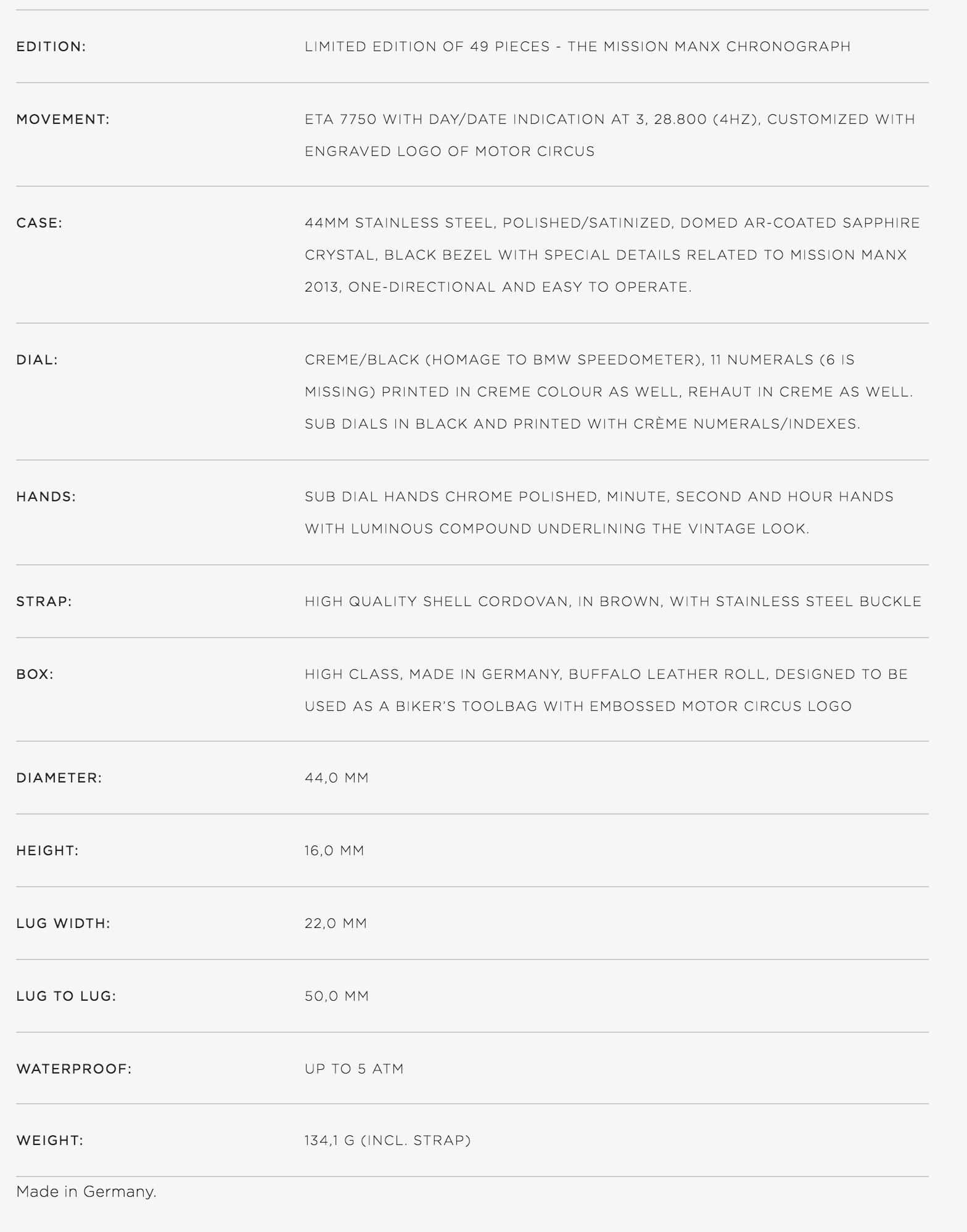