We will get back to you within 24 hours with a reply via e-mail. 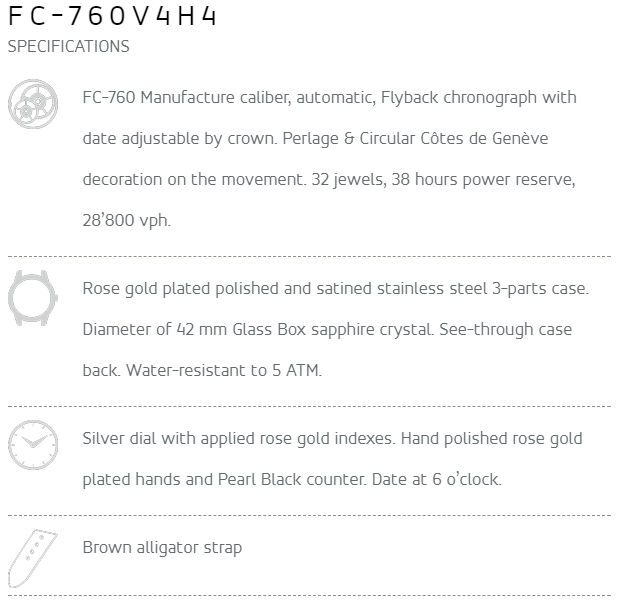 This FC-760 complication is inspired by 1930’s Flyback Chronographs and a desire to go beyond a regular chronograph construction. Whereas the regular chronograph function is used as a stopwatch to measure time during a specific elapsed interval, with a Flyback, a user is able to operate the chronograph without resetting it to zero every time. With the flyback, the chronograph’s hand can be stopped, reset to zero, and restarted with one push of a button. This function is essential for timing an elapsed interval of events during races. 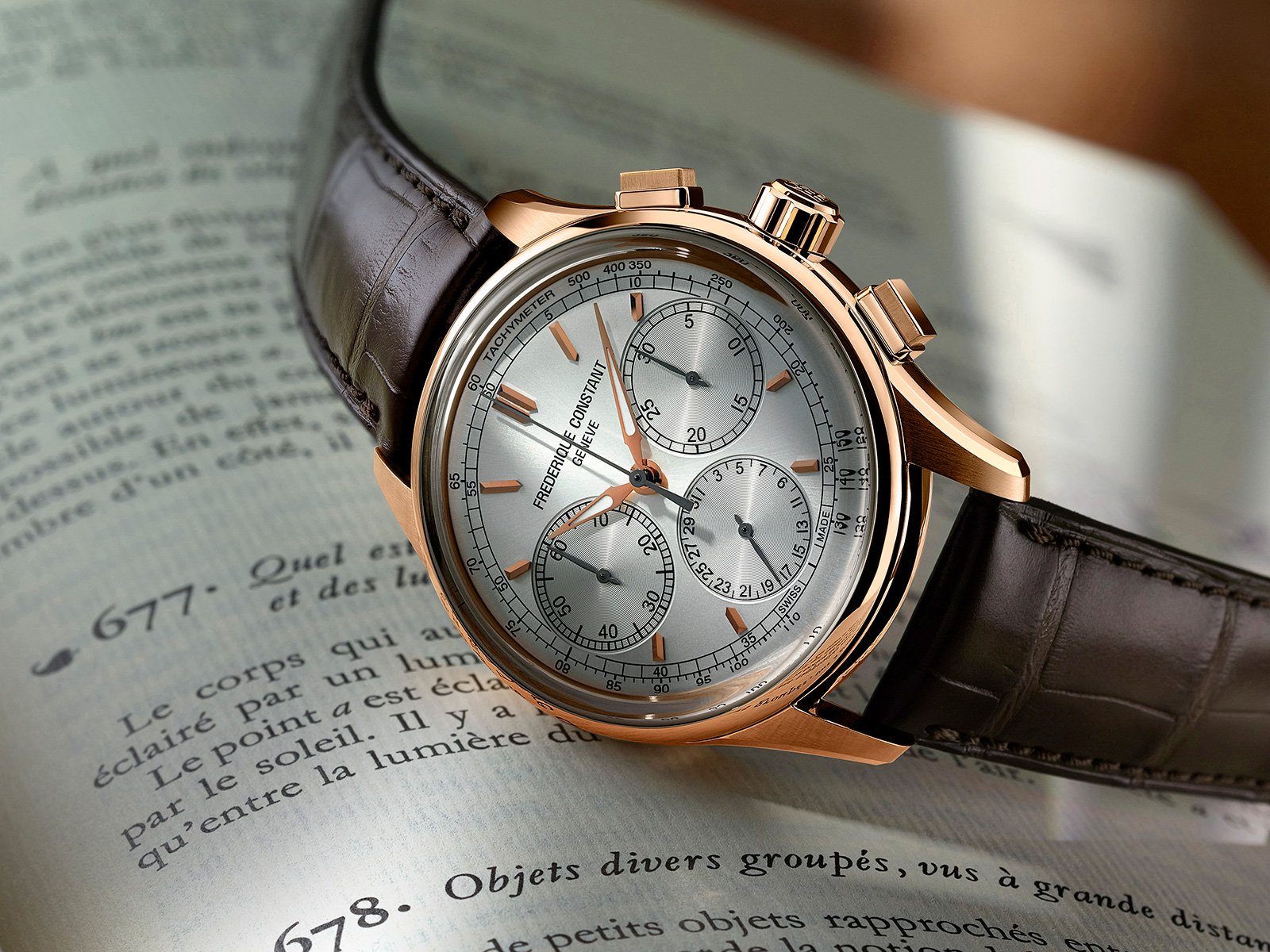 An unmistakable characteristic of high-quality chronographs is a column wheel rotating on bearings to control the three “start, stop and reset” functions. In conventional mechanisms, this component has several columns. In contrast, the caliber FC-760 has no standard-type column wheel, but a star-shaped one. Together with the operating lever, which is controlled by the start/stop push-piece, this component is responsible for the exceptionally smooth operation of the mechanism. 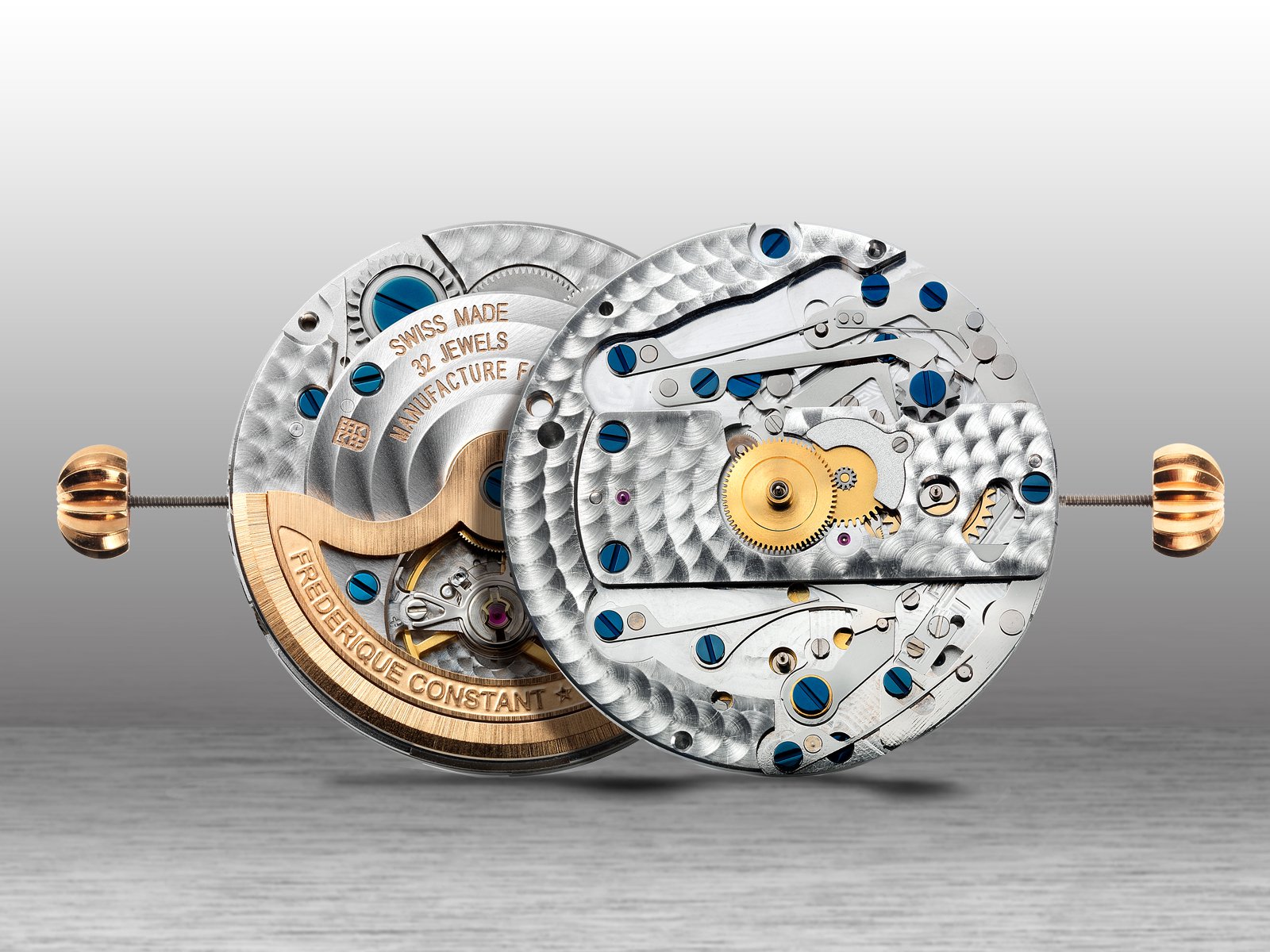 Pressing the push-piece just once starts the timer again from zero. In this case, the push-piece at 4 o’clock and its associated mechanism cause three tasks to be performed very quickly one after the other: first, the clutch is disengaged; secondly, the chronograph is reset to zero by means of the single-piece hammer, whose sloping surfaces turn the two zero reset hearts so that the hands position themselves vertically again; and thirdly, the clutch engages once more as soon as the push-piece is released. The highly complex sequence of movements involved in this case proceeds directly from the push-piece to the clutch lever. This instant type of flyback is another instance of the unique details of construction of the new caliber FC-760.