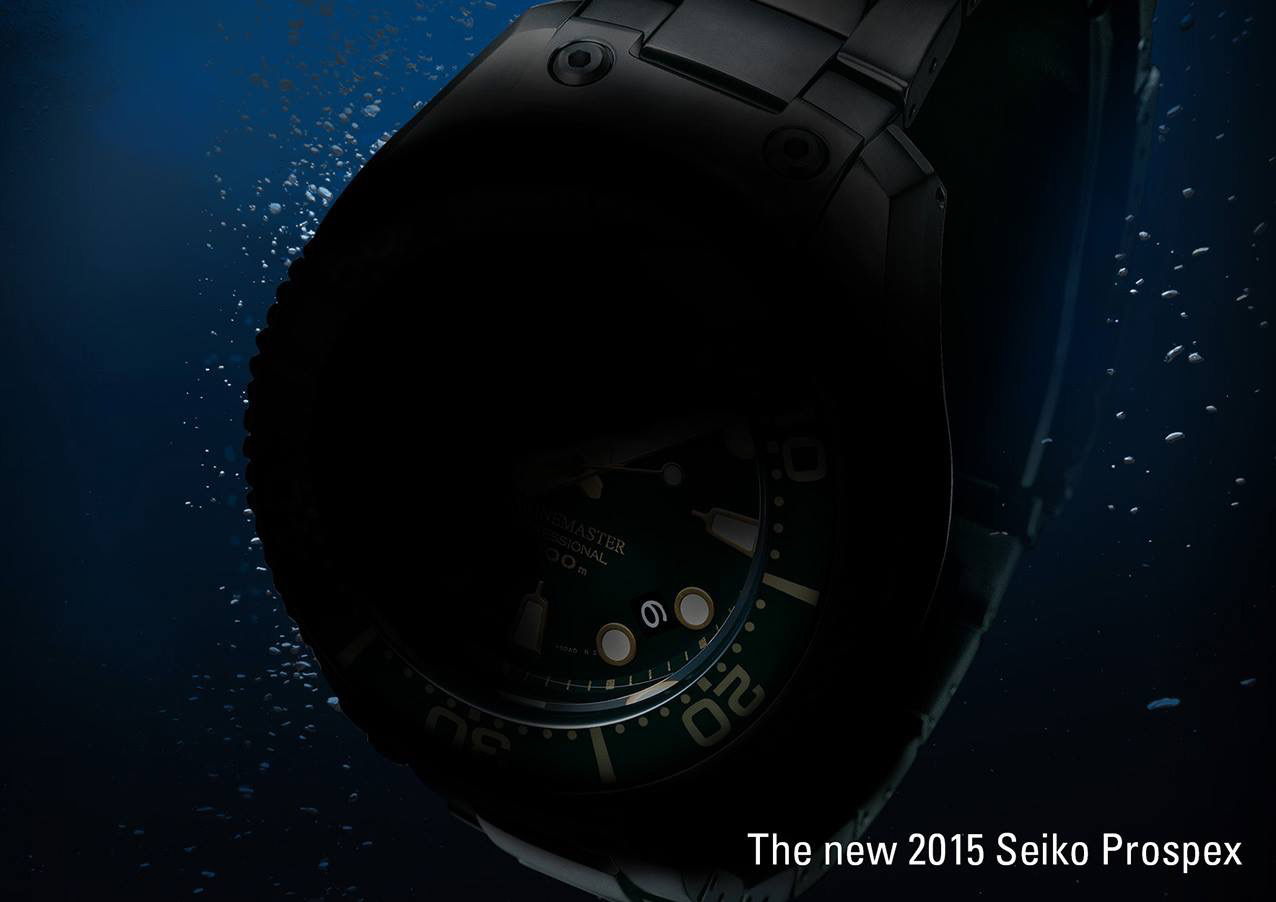 With Basel less then one week away, Seiko started their teaser campaign on social media, with the picture above "teasing" Seiko fans all over the world.  With the introduction of Prospex in 2014, Seiko now has the global market to campaign the 50th Anniversary of their first dive watch in 1965!

We can assume that Seiko will be releasing a good amount of new limited edition models for their Diver 50th Anniversary.  Above is what appears to be a new edition to their Marine Master Professional series.  The Prospex Marine Master has become an iconic part of the Prospex line up, but not just the Seiko realm, in the dive watch community as a whole.  This new teased model seems like a beefier variant on their MM300, looking like a possible 1,000m diver, with a special caliber potentially cased inside.

We're sure the Marine Master will have some new variations in many forms, including Tuna Can models (probably in Limited Edition form) and some other great diver watches from Seiko.

Prospex is coming on strong!

Be sure to follow AZ Fine Time live from Baselworld 2015 to see all the new releases from Seiko!  You can follow us HERE.